Daniel Orrantia (Colombia) has an innate curiosity in improvisation, so he founded the »PICNIC« theatre group in 2011, as well as the »MonkeyFest« an international Impro-Festival in Bogotá. He is touring the world with a series of shows and workshops based on improvisation and creative expression. One of his best known collaborative project (together with Felipe Ortiz) is »Speechless«, a show driven by musical scores where actors use physical expression instead of words, which had a world wide audience thrilled. 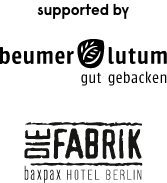